A Shameless Plea For Money! :) 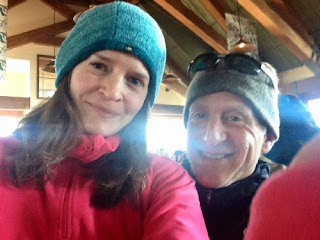 Hello Everyone! The Summit for Life is only two weeks away! The past two years I have participated and raised money for the Chris Klug Foundation's Summit for Life Race up Aspen Mountain. This year I will not be able to participate because of scheduling conflicts. If you support organ and tissue donor awareness and you have contributed to my fund raising efforts in the past, I ask that you please consider sponsoring my friend Lori Kret who is doing this event this year. I would really appreciate it, especially since I can not be a part of it this year. Thanks!
Lori's Donation Page is Here.
Posted by Andy at 10:27 AM 1 comment:

It's All Good! Really! 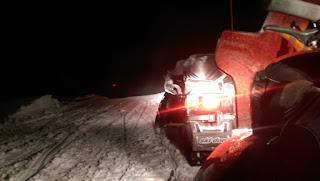 I haven't written in ages, I know. Things have been busy, crazy, but all in a good way. Life is good.

Enabled Enterprises is getting more business and jobs... good.

AND... I got the job as a snow maker on Aspen Mountain. We started officially making snow November 1st. It's an eight week gig and ends on December 20. My shift is Thursday through Sunday noon to midnight. So, four days on, three days off... GREAT!

I just finished my first four day rotation, and I have to tell you... I can't believe they even call this a job. For me it is exciting as there is so much to learn and I am basically in sponge-mode while I am on shift. Then add in the fact that you have no idea as to what to expect when you go out on a "gun run" or are turning things on or off.

It works perfectly as I can work with my clients Monday-Wednesday, take care of stuff for Enabled, then work the last part of the week on the mountain. Win. Win. Win.

And the guys I work with... such an amazing collection of characters. Being the new guy there is so much for me to learn but everyone is so helpful, supportive, and even patient.

As for running... well, not much of that going on. I tried to really push it the first three or four weeks after Run Rabbit Run but it just was not working. Physically all was fine, but mentally and emotionally I was not there. I decided three weeks ago that an extended break to let everything find its own level was in order.

I am really on the fence on if I will register for the HR100 lottery. I've explained it before but to be honest, after so many years of not getting in I have pretty much lost all interest in it. That being said, I am heavily leaning towards not putting in and just going on with my happy life as it is.  And to be  even more honest, with the way my life is right now (awesome) getting into HR100 would be more of a pain in the ass than I want to take on in the next several months.

Right now I think the perfect running season next year will be to nail Salida in March, Aspen Backcountry Marathon in June, and then focus on a 21-22 hour'ish finish in Leadville come August. Right now that line up and those three races resonate the most to me.

Snow making is a tough job and very physically demanding. That's part of the reason I wanted to do it. Hiking up a steep pitch in the snow in hard shell mountaineering boots at a decent clip for 50 yards is every bit as sapping as a hard 220 on a track... seriously. So I am planning on minimal running between now and the end of the year and then picking up again after the holidays, full tilt.