I'll get right down to it and not belabor the point. If you have thought of coming to Aspen to run in a race my advice is to skip this one altogether. Save yourself some money and do the Four Pass Loop which is a crap-ton more enjoyable. Or come up and run the Backcountry Marathon which is an awesome course. But this one, this one I can not recommend.

Here is the deal as I see it... The Power of Four Skimo race is the foundation of the Power of Four race series in Aspen which takes you across all of the ski mountains. They followed that up with the Mountain Bike race which really I think was an afterthought of sorts. They followed that up with a recklessly put together trail run with a route that I described simply as "unnecessary."

Anyone can make up a hard race and I do enjoy tough races but there has to be at least some element to enjoy at one part or another, or at least some interesting feature as part of the course. All out "hard" from beginning to end is just not fun. Whoever thought of this race does not understand runner psychology at all. The first race sign on the course was just past the Aspen Mountain summit. It had some pithy running saying and then it said "45KM To Go." A 5K sign would have been a lot more inspiring I think than that one considering you had just climbed 3200 feet in that first 5K. Yes, 3200 feet.

And it wasn't just hard climbing, there were a lot of downhill grades, especially the straight line down Aspen Highlands that I did not like and have heard others complain about as well. It was wet grass and mud so it was even a dicier proposition to run down.

To be fair let me throw this out there... I came into this event tired. I planned it that way. I wanted a long run that was fun to add to training volume and miles. Sure I expected a hard day but I wanted it to be fun at the same time. Or at least mildly entertaining... This was not.

Someone described the course as doing Hope Pass Double 2x followed by doing Powerline/Sugarloaf on top of that 2x as well. Over 12K of Climb in 32.2 miles is just excessive with most of the terrain not even being runnable.

Thanks to the support people who were out there for being there but what they were given to offer at the aid stations was less than paltry. Some aid stations even ran out of water but let me put that into context for you. 90 some runners on a cool and rainy day and they ran out of water in places... it would have been a complete shit-show if it were in the 80's and completely sunny.

The course marking was okay for the most part but there were sections which were very frustrating. Long segments without even a confidence marker to let you know you were on the right path. Once on Snowmass Mountain the course marking became severely lacking. I had one guy bomb down through an open meadow as he was lost for and hour or so and he happened to see me. Young strong guy too, and we ran a bit together but when he saw the trail was going up again he said he had had enough and proceeded to bail down one of the ski runs.

And the trails... ugh... Dear Race Director... there is a difference between a trail, what is real single track, and a rut. Really a lot of the "trails" between Buttermilk and Snowmass are just that... they are not really trails as much as narrow trenches about 10" wide where water just drains through. Tough to run on/in when dry, much more so when they are just greasy mud. And there is a reason I say go and do the Four Pass Loop instead, because there you can see things... this race has you running, hiking, climbing, etc, with your head down all the time that you don't see a thing, and the nature of the course offers no interesting vistas. I had a hard day out there but also at the same time I was bored out of my skull.

The scene at the finish line was as equally underwhelming as the rest of this race experience. Their timing system was fouled up and when I finished they had to ask me (even though I had a bib number on) who I was, what wave I started in etc. No food, no after race party like atmosphere... just blah...

As a runner I just expect more from a race especially given race fees these days. As a local to the Aspen area, I am downright appalled and embarrassed for what was put on this weekend to pass as a race.

There are so many great races in this state to pick and choose but this is not one of them.
Posted by Andy at 3:17 PM 5 comments:

Your Job Really Does Not Suck... 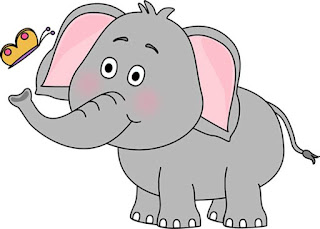 This is real and something that I wrote a while back to a coworker when I was still in IT... Sorta funny... ;)

I think my job sucks.

I think your job sucks...

But wait a second.

Last night when I was getting ready to go for an 11 mile run I turned Animal Planet on.

They were showing jobs that REALLY suck...

The worst being an elephant artificial insemination technician.

First the guy has to get the sample. Yeah... so basically he has to jerk off an elephant.

They showed him doing it!

And if that is not bad enough... he has to "catch" it it a container.

He needs to get 11oz for a good "donation" to get another elephant knocked up. So basically a beer can full of elephant goo if you will.

As if that is not bad enough... He has to transport it!

Imagine going through airport security and having to explain what is in the box... worse yet... how you got it.

He has to deliver said payload.

They showed him, will with basically a special "turkey baster" for female elephants filling her up....

But it gets better... or worse. While he is doing this... doing his part to foster bringing another beautiful elephant life into the world...

She takes a big dump... a juicy one at that, and it lands right on his shoulders and back...

All along my plan has been to switch over from training for the Aspen Backcountry Marathon to a more ultra focused type of training once the race was over. As part of that plan and to keep training volume high while minimizing abuse on the body I had also planned on really incorporating the bike more once I made the switch.

And I've been doing that the past few weeks actually. Mostly riding to mitigate this sore tendon in my foot but to also build up some strength on the bike again. That being said, the expedition of a ride that I took on yesterday I knew would be a stretch but at the same time felt that it would be quite doable as well.

I hatched the plan for this ride months ago. Basically a loop leaving Aspen, over Independence Pass to Twin Lakes and then shoot down 24 to Buena Vista where I would hopefully be able to stop at Pancho's for a burrito. After that, things get challenging again with a ride up Cottonwood Pass, then down the backside to Taylor Park where I would take the Taylor Park Road nearly all the way to the end where the Taylor Pass Road turns off of it. Taylor Pass road goes up to Taylor Pass and from there I could drop down Express Creek Road to Castle Creek Road and bomb home... easy, right.

Anyway... I did it and had a blast. I even got the burrito for breakfast. Did the entire ride solo and except for stopping at Pancho's everything else that I needed I had in my pack.

Here are some pics...