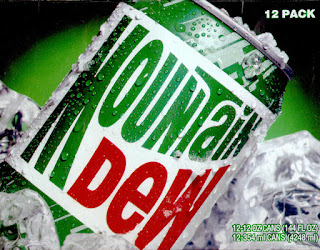 It has been 38 days since I have had a Mountain Dew.  Not a one.  I could easily drink four cans a day and that is being conservative in my estimate.  But for the sake of this example, let's say four cans a day.

Each can contains 170 calories.  So 4 x 170 = 680 additional calories a day that my body is not having to deal with on a daily basis.  On an average run I burn a touch over 100 calories per mile so essentially I had or would have had to run about seven miles EVERYDAY to counteract the sugar and calories just from the Mountain Dew consumption alone.

Throw in arguments about HFCS, sugar addiction, how sugar wrecks the production on insulin, etc... and it is even more reason for me to have kicked the habit.

Playing with the numbers some more... 680 calories per day times 365 days a year would be about 248200 calories per year just from soda.  3500 calories equals about a pound of fat, so 248200 divided by 3500 equals roughly 70 pounds of body fat that my body had to mitigate each year from drinking my favorite beverage.  Crazy, right? 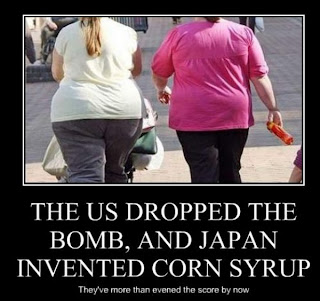 And that is why even with 100 mile weeks and whatnot I still carried a lot of extra weight in my midsection, which is the exact place that fat accumulates on diet filled with excess bad carbs and sugar.

Giving up sodas is just one of the choices that I have made in my pursuit of that awesome Leadman trophy along with other changes which I might write about at another time.  Just from the math alone I am damned glad for it too!  It's something to think about...
Posted by Andy at 10:07 AM