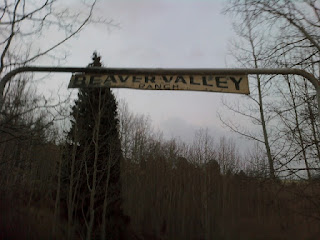 This should be called how NOT to put together an 80 mile week but really, in the sense of ultra-training it is right on almost.

When logging bigger weeks and months I prefer to be ahead of it instead of chasing it. That means I'd rather log my big weeks the first half of the month and also getting the bulk or at least a significant chunk of my weekly mileage done by Thursday. This has not been the case so far for March which is targeted to be a 300 mile month. Anyway...

My goals each week are 1. To get get a 30 miler in. 2. To get a 20 miler in on top of that, and 3. Another 20 miler in the mix if I can pull it off. Regardless once a week between now and August I will strive for at least one 30 miler. That was the reason for yesterday's long 30+ mile run... that and to get in my miles for the week.

And in reality, a singular 30 mile training run, for an ultra runner is much more valuable than 3x10 mile runs or 6x5 mile runs... I used to believe the 20 milers were a good chunk of the weekly running diet but now I truly believe that one 30+ miler a week is far superior.

As far as long training runs go, this one was not a lot of fun. From the time that I left the car in N. Cheyenne Canyon until I stepped into Ruby Tuesday's in Cripple Creek I was outside the entire time. It was slow starting out because of the loaded Nathan Vest full of gels, everything else that I might need and water. I also had two handhelds. I just suffer when having to carry so much weight and it wasn't until 16 miles into the run where the weight dropped enough that I could really start moving.

Overall a good long day on the feet but I don't think that I want to do this one again, even if the weather were better.

70 mile week this week then pop it up again even more for the next... I will be good and ready when the time comes for Desert Rats next month.

An easy five later with Asia... hopefully between now and then I can find my survival strap ID tag/bracelet... no fricken clue where it went off to. I hate it when I misplace stuff.