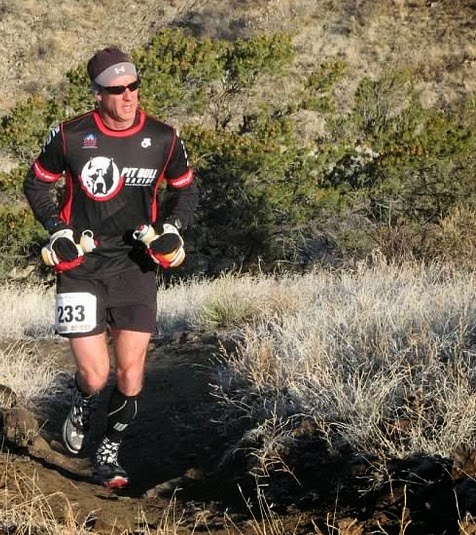 The Salida Project started back in January at the end of my first week of running in several weeks. That Saturday I did a 15.5 mile run up to Ashcroft then back down a bit before Melissa picked me up. That run put me into the hurt locker but not too deep as I ran ten miles on Sunday and was actually feeling pretty good. It was actually on that run that I hatched the plan to go and race the Salida Marathon this year.

In my mind, I would just head over on Friday night, maybe crash in the Jeep, do the race on Saturday then come home right afterwards. Simple enough.

When I got home from that run I told Melissa of my idea of running the race and she suggested we just make a weekend of it and stay there. So basically within 15 minutes of getting home we had that discussion, I registered for the race, AND we booked a hotel room at a hotel so we could even take Asia.

That sewed things up quite nicely and I was from then on committed to the race.

Training in and around Aspen in the middle of the winter is iffy at best. Having about eight weeks until the race I decided on four more solid weeks of base building and trying to get the weekly mileages up while focusing solely on running at MAF or at zone two. No speed work was allowed at all until the week of the 16th of February. It was also in January that I finagled a trip to Moab, Utah to run some dry trails.

Those four weeks went well and then came the speed work. I was basically left with only two weeks to really focus on that then a week to back off just a bit then a week of resting and taking it easy leading up to the race. The fist week of specified training I handled pretty well and in way it was fun to do those focused and concise workouts again.

The second week, I felt a little jagged around the edges but still managed to do okay. By the week before the race, the speedier workouts were showing results and few more running gears became available to me.

I also rediscovered that little sweet-spot of fatigue after the second week of speed work... I would feel tired and struggle to get motivated to go out and run each day but after a couples miles into the workout I felt fine.

Wanting to show up and do my best for this race I got a little more serious than usual about my diet.  Nothing crazy but I cut out a lot of crap and each week my weight dropped a pound or so. (I still resent the fact that I have to watch what I eat in order to lose weight.) But the loss in weight payed off significantly for me on that five mile climb on the road between miles 8 and 13. I could literally feel the difference.

Taper week was fun like all taper weeks. The week started off with me feeling rather crappy but I knew it was just my body going into repair mode since the volume and intensity of the previous few weeks had gone away. But by the end of the week when it was time to go to Salida for the race I felt fine and ready to go.

Now, I had a plan for the race... I had been monitoring my heart rate rather diligently and figured if I could go out and keep it between 155 and and 160 and end the thing with a 155 average at the end I should have a solid run. With that level of effort I should have been able to start off at a reasonably fast pace along with a reasonably strong level of effort and maintain both through the entire race.

Well, you know what they say about plans...

The race starts and off I go. Legs feel fine, cruising a little faster than I had anticipated, yet I was still comfortable. However, my heart rate was about ten beats per minute higher than I was planning run it.  Decision time... Do I back off and play it safe, or do I risk it and see how it turns out?

I gave myself about five miles to sort it all out. My heart rate was not dropping, but I was also feeling really good. The internal dialogue went a little like this...

So I did commit and ran all out the entire race and it worked out obviously. In the end my average heart rate was 165. One of my goals, knowing there would be mud and snow in the middle section of the course, was to run fast enough so that when I got to the mud and snow it might be still setup and frozen from the night before. With the exception of that first quarter or half a mile or so past that mid-way aid station, mud was not really an issue.  As for the snow, it sucked, but I have a ton of experience from running around Aspen all winter which allowed me to handle it better I think.  I could read the nature of the snow, and know exactly how hard to hit it or how to approach it.

But I have to say, that second to last long section of snow that had an uphill angle to it, about nearly did me in.

It has been a long time since I have ran in Salida and I forgot just how technical those last few miles are. I've been wondering in my mind which race might be tougher, the Aspen Backcountry Marathon which I will run in June, or the Salida Marathon. I have never ran the Aspen one, but I am pretty familiar with the different sections of the course and right now I will say that I believe that Salida is just tougher due to the technical portions.

In the end, I have never been more proud of my preparation for a race and also the execution of the race.  Each training run, each speed workout, and each rest day were fully taken advantage of. And though the weather sort of gummed things up at the end of February I still made do. There isn't a part of my training for this race that I wish I had done differently. The same goes for the race... I have no regrets. There is nothing that I could or would change. No wishes or "only if's" at all.

That is a pretty good feeling.

You can see the course map, elevation profile, and my data here on Training Peaks.

For now... Taking some time to step back a bit. Working on getting the legs moving again this week.  We leave for Cozumel on Saturday, and then when I get back I will start focusing on the Aspen Backcountry Marathon. For now it looks like a month to a month and half of nothing but more basebuilding and running at MAF before I reintroduce speed work around the first of May more than likely. 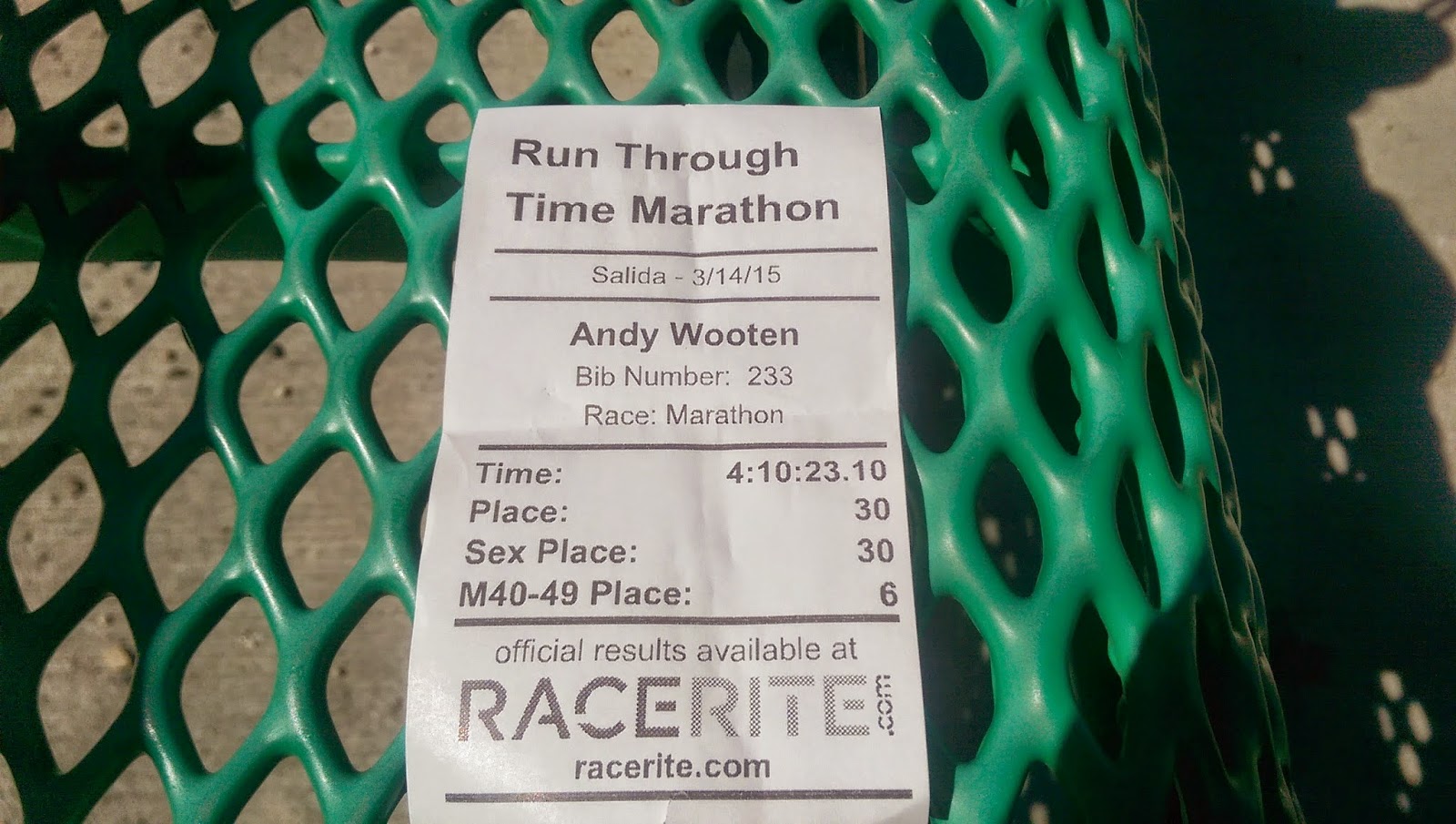